Photographer Remigijus Čižauskas presents the black-and-white photography cycle “Faces of the City”. The author has lived and worked in Ireland for some time, currently lives and works in Kaunas. R. Čižauskas started photography while still in school, he did not respond to this hobby later. While living in Ireland, he organized exhibitions of Lithuanian photographers in cooperation with the Embassy of the Republic of Lithuania in Ireland, and established a photo club in Ireland “Fotomanai”. For a long time, the author dreamed of having an art gallery, which came true when he opened a saving studio in the Old Town of Kaunas, which has great spaces, and meetings with artists are constantly taking place.

Remigijus Čižauskas, a photographer at the Gabrielė Art Gallery, presents his new series of photographs “Faces of the City”. This series of photographs is nuanced, highlighting shadows, movement, expressions of captured people, creating an immediate emotion of the relationship with the person observed in the image. The author is a traveling photographer, in his photographs many images of foreign cities, which combine fragments of the architecture of those countries, the connection between the environment and man. All the works of the author of the exhibition are characteristic, direct, the portrait of a man created in his photographs is complemented by the contexts and details of the environment, all of which form a whole. It is also crucial that when looking at a person, the photographer characterizes, individualizes, presents a distinctive portrait interpretation, searches for the code to be portrayed, and usually finds, understands, and knows him.

At the same time, each photograph is a separate cultural and historical narrative. In frequent photography, the author also captures people whose faces and bodies are decorated with tattoos, as if considering how important another identity, perhaps a mask, complements a person’s image and concept is in the portrait he creates. R. Čižauskas’ photography is diverse, the changing story involves the viewer in the dialogue. 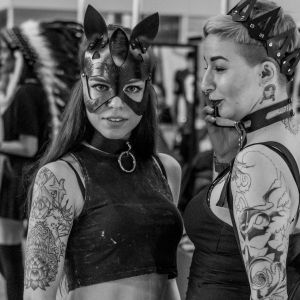 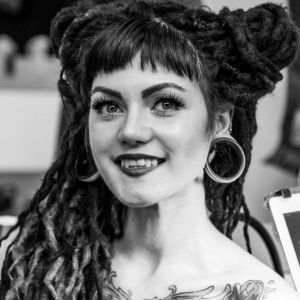 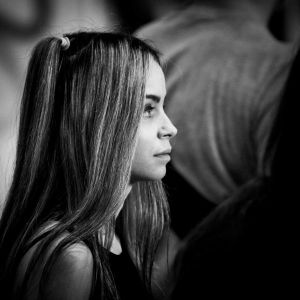 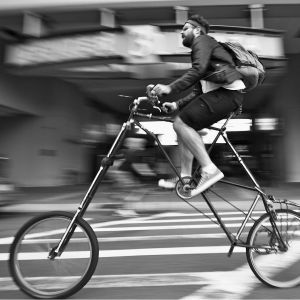 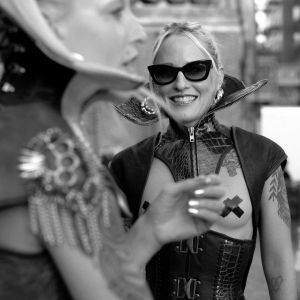 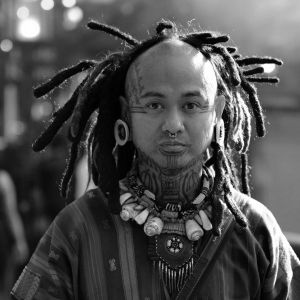 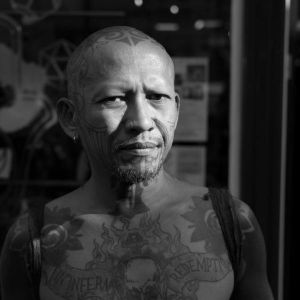 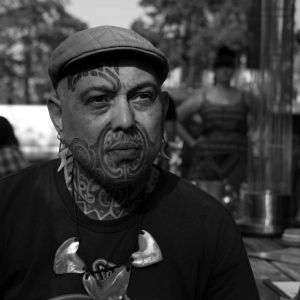 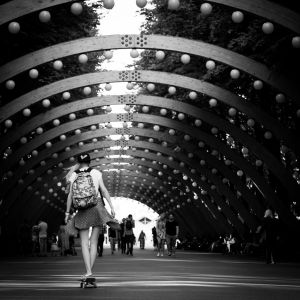 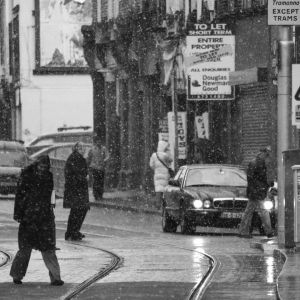