Skip to content
Famous younger generation art photographer Mindaugas Gabrėnas was born in 1977 in Kaunas. Even in his childhood, photographer get his first camera Zenit, as a gift, though he discovered photography much later, when he was already living in Spain (2005-2009).

In 2009, when he came back to Lithuania, Mindaugas Gabrėnas organized his first personal exhibition of photo works ‘‘Fantasma’’. It was dominated using of the slow shutter in his black and white, shape of square digital photos. Photographer captured images of wild landscape that are often imbued with melancholic quiet and apocalyptic flair. Frequent attendant of ‘‘Fantasma’’ landscapes – impersonal, lost in space, decaying silhouette of the human.

In 2011 Mindaugas Gabrėnas returned to analog photography but he remained faithful to the frame of 6×6 square. In the same year in Lithuania M. Gabrėnas presented his second series of personal pieces ’’Dreamscapes’’, which was created by using old, light-transmitting film cameras (Kiev 88, Kodak Duaflex II or self-made plastic 6×6 format camera) and strips Svema 64, which date was expired many years ago. By photographing in remote places, abandoned buildings or just at night, because of natural effects and mold coated photo roll, the author attempted to look through glasses of surreal dreams to the world around us.

Since 2012 till 2014 Mindaugas Gabrėnas lived and produced in The USA. His third series of personal pieces ‘‘Back to the City‘‘ was created while living in New York and travelling around the West Coast of The USA. The series has over 30 pieces or 15 black and white, photo diptych made by photo roll, in which author attempts to combine genres of wild nature and landscapes of the City. On the first side of the diptych – New York, on the second side – it is not the City anymore. ‘‘Non-city‘‘ consists of barrens that are located near New York, wild landscapes of Arizona, Juta, California, Oregon or Nevada.

‘‘Idea to present these pieces in diptych form arose from living in New York and travelling around distant places of The USA. Trying to understand perpetually systaltic The Big Apple and to domesticate wild Apple tree. By fixing similair forms of nature and city, spaces and lines. By trying to realize human emotional connection with nature and city. By discovering parallels between the solitude on the wild coast of Oregon and the solitude in the crowd, which is armed with smartphones, in crowded streets of New York‘‘, – says M. Gabrėnas.

Currently the author is experimenting with photo rolls, various methods and trying to extract natural effects that are caused by processes of nature (for example, molds). He often shoots with his own self-made hybrid medium format camera.

Art works of M. Gabrėnas are exhibited at the galleries of The USA, Canada, The UK, Spain, Germany, and published in the editions that are made for photography. In 2014 creation work of M. Gabrėnas was represented in the international festival ‘‘PhotoEspaña‘‘ of photography and visual arts in Madrid. currently it is possible to see the latest works of the author at the gallery ‘‘Robin Rice‘‘ in New York. 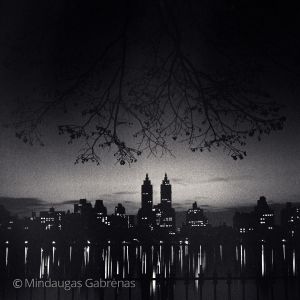 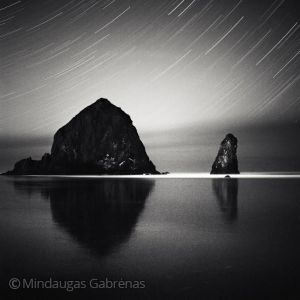 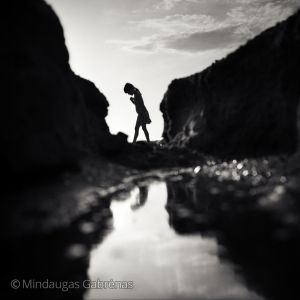 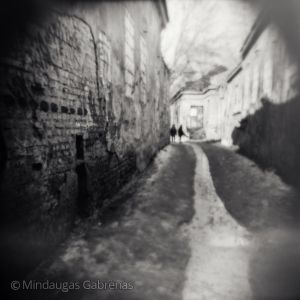 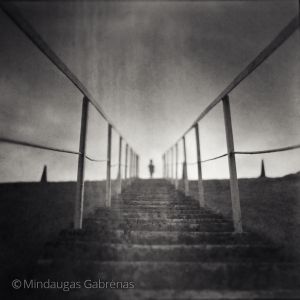 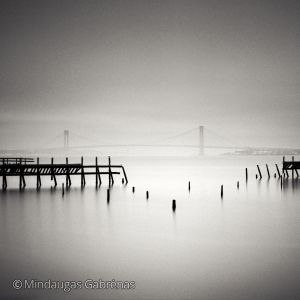 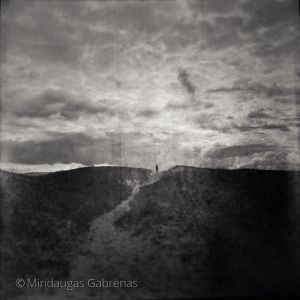 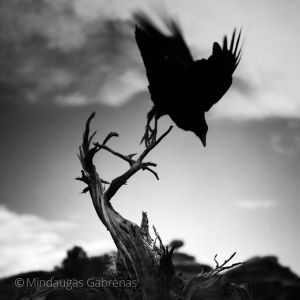 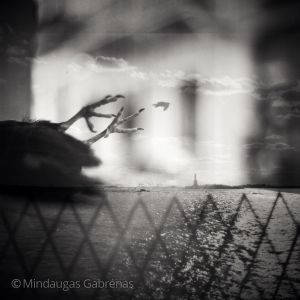