Something always seems impossible until you do it … Janina Audra Fiseriene-Toleikytė was born on 12.10.1963. Beautiful. In 1977, after 8th grade, she entered the Stepo Žuko Technical School, unsuccessfully. Then, in the same year, he presented his drawing and painting work to the Children’s Four-year Art School, where he was admitted to the second grade. After graduating from this and parallel – 6-th high school, I entered KPI in Industrial Civil Construction. She did not graduate. She has learned nothing more. She was interested in art from an early age. Learned to play the accordion on my own, learned to knit, learned to sew, weave, sew, it was probably inherited from my mom. Sometimes when she was at work, I picked up her sweater and took it off, the author said. It seemed to me she wouldn’t notice. It was sheeting the walls of the room. Mom didn’t say anything, even when I was suggesting something without listening to her stuff…. While working, I felt pleasure and the desire to do any job better than I had done before, said the author.
Janina Audra Fiserienė-Toleikytė started painting after 35 years. In 2017, she performed wall painting at the Shantita Carito in Belang. While painting, the author felt such a surge of power and enthusiasm that she decided to find an art studio and remember what she had learned and learned, something she hadn’t yet learned.
While searching, he found a well-known painter Gintaras Zubrys art studio in Kaunas. I was fascinated by his paintings, his painting technique. Starting May 15, 2017, I started attending his classes at the studio.
On February 2, 2018 I painted the first landscape. May 29, 2018 is admitted to the Folk Artists’ Union. Painting for me is such a bliss, I am infinitely happy, I discovered myself in painting. The author said.
2018 June 27 – July 1 Participated in Tytuvėnai Plenary, led by painter Gintaras Zubrys.
The painter Janina Audra Fiserienė-Toleikytė has organized the following exhibitions:
2018 In September, the first exhibition of works was organized at the International Graduate School of Law and Business.
2018 October 5th three works participated in the Golden Wreath 2018 competition exhibition.
2018 November 15-December 15 The personal exhibition of the painter was opened at Šiauliai subdivision at Kaunas V. Kudirka Public Library.
Credo of the painter Audra Fiserienė-Toleikytė: “Painting is a living”!
Janina Audra Fiserienė-Toleikytė 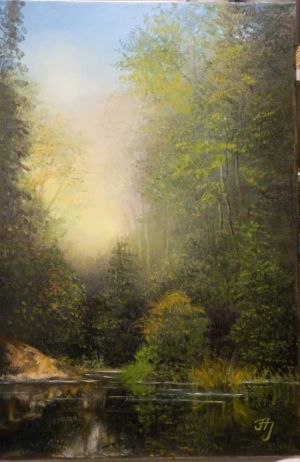 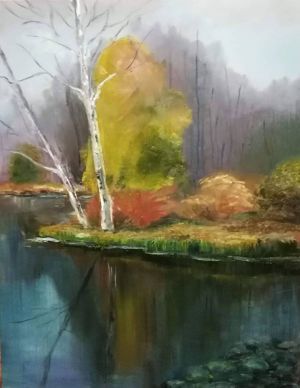 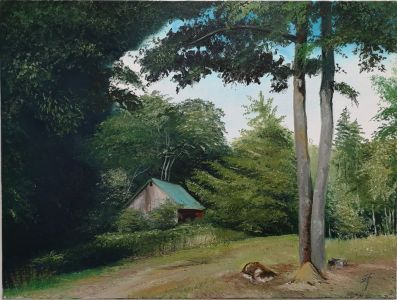 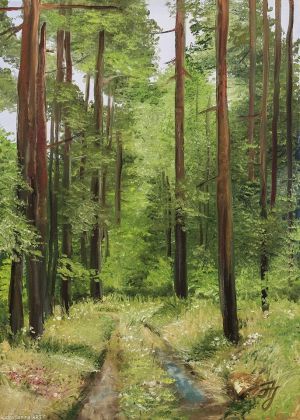 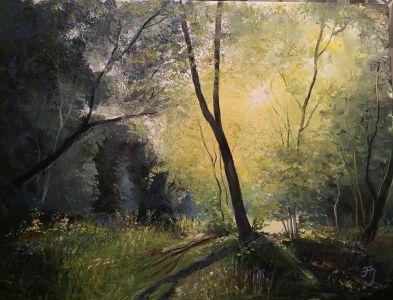 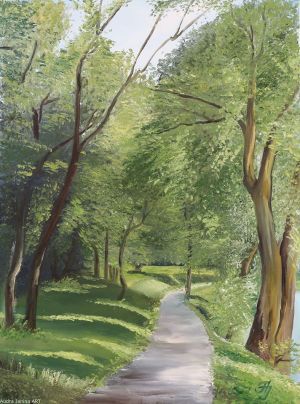 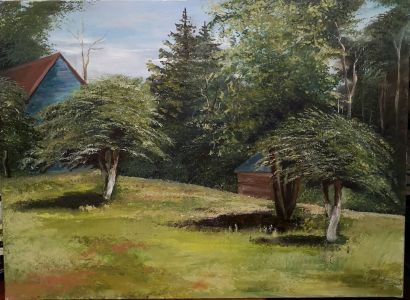 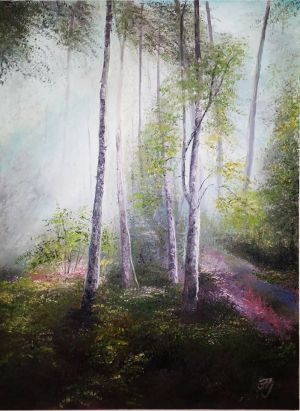 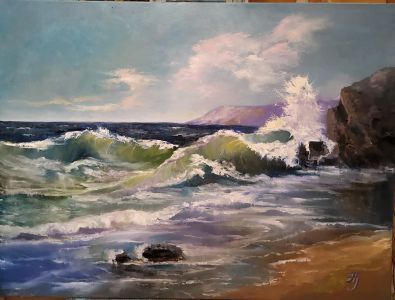 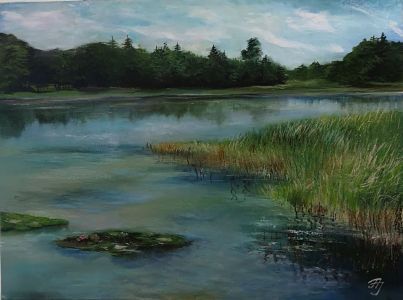 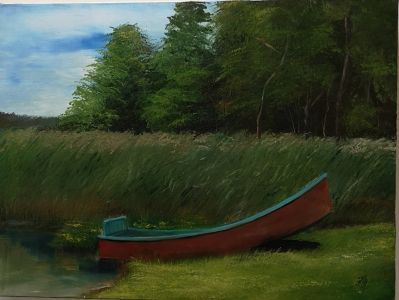 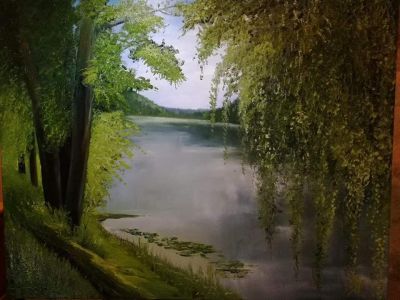 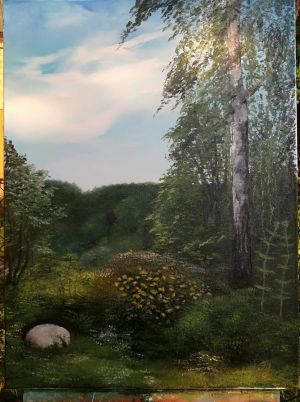 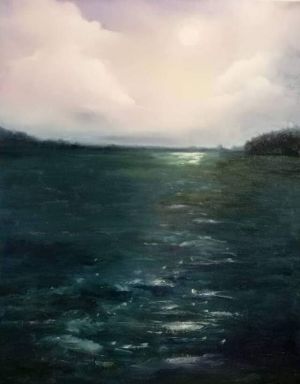 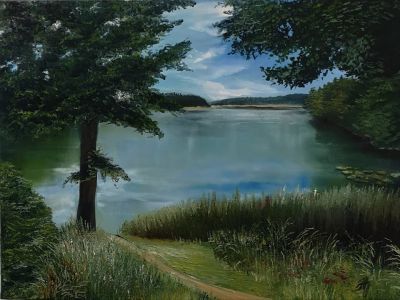 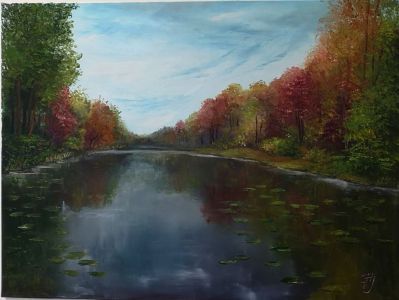 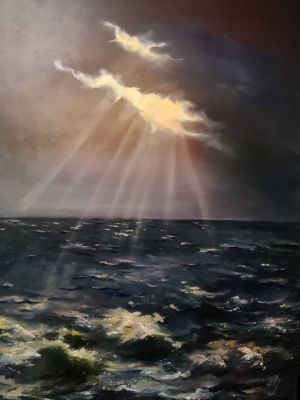 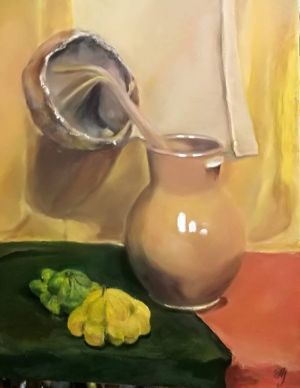 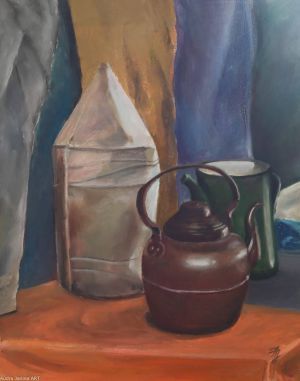 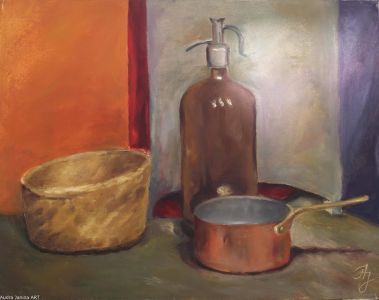 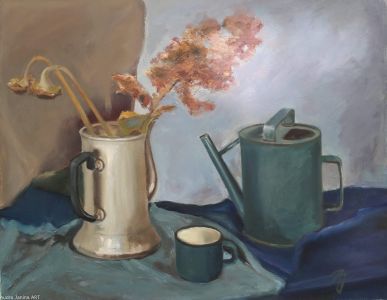