Alvydas Šalkauskas was born in 1958 in the town of Molėtai. Currently he lives and works in Šiauliai. In 1985, A. Šalkauskas graduated from the faculty of art of Šiauliai, Kazys Preikšas‘s Pedagogical Institute (now – the Faculty of Social Sciences, Humanities and Arts of Šiauliai University). After graduating, the artist worked with his Alma Mater until 1993. Since 1993 A. Šalkauskas has been developing an individual business. Since 2004 at Šiauliai Art School, he conducts photography lessons. Has participated in art exhibitions since 1986. In the past, he mostly exhibited works of graphics and leather plastics. Since 2006, A. Šalkauskas most often presents his works at exhibitions. The artist organized 12 personal exhibitions and participated in 36 group exhibitions, art events: exhibitions and workshops with professional artists. Since 2013, he is a member of Lithuanian Art Photographers’ Union, has the status of a creator of the Republic of Lithuania. Photographs by A. Šalkauskas were published in the following publications: “Šiauliai. Developers. Fourth Dimension “(2011),” Kelmė‘s Land Heritage in Artists Creation Work “(2012) and Vitalija Kurtinaitienė’s Creative Album-Catalog “Ceramics “(2014).
Mention the most famous of A. Šalkauskas’s photography cycles: “The game of light”, “The memory of a native village”, “Birthdays”, “Colleagues”, “Vilnius”, Lithuanian estates”,” Under the sun sign”, “During the flow of time”. Panoramic photographic works: “The Remnants of the Native Village”, “The Last Kinda Dinner”. When photography becomes a creative space, Lithuanian estates are one of the most important links in the administrative, social, political, aesthetic, cultural state structure. Our enlightened people worked in the estates, and the ideas of political thought, science and art spread. When I discovered that in the 20th century, at the beginning of the year, there were over three thousand mansions in Lithuania. It is a pity that after the wars, land reforms, the Soviet-era demolition, they remained about half a thousand. Therefore, every desire to photograph them is welcome.

Pictures of Šiauliai’s photographer Alvydas Šalkauskas’s manors have not only the value of the immortality of history, but also the artistic-aesthetic aspect when photography becomes a creative space. Looking at the photographs of the estates, because now they are shooting a lot of people – everything is white, light, spacious, beautiful. The same is true of Alvydas Šalkauskas’s manorial estates, except that he is still inclined to show, and those who are hiding behind the facade are scavenged out of being. By deliberately departing from the delicacies of the manors, the impression of open and affecting photography is left to the point of highlighting their primordiality. The photographer seeks out the greatest expression by minimal means. The author looks at the inside of the mansions, tries to reveal the mood, trying to see the essence. Sees the mansions that you can reach, admire or not, drowsy, sometimes look, if you want, stay in and stay. The plastic properties of the photos are solid: an impression of openness is created. It is important for the author to show the continuity of the old culture. Manor houses that are decorated with a photographer, and their environment is a time exploration, a spatial layout of it. The mosaics of parks, manor houses, parks and buildings are torn down. The beauty of a photographer’s manor houses, wondering how interesting, uncanny and varied can be the daily routine of manors. In the photos, the past, moving into the surface, changes with the present. This is the bridge between several generations. I think this is the hardest.
Says it takes a lot of talent to take pictures of an aggressive expression, but no less talent is needed and entertaining peace. The author manages to reveal the architectural lightness of the castles, the calmness of the colors and the playfulness of the yard. You feel that the photos affects even the senses: somewhere some sadness, somewhere joy that is typical of all life’s laws. The captured images are meditative, silent, as well as those mansions that have been standing for several centuries. Photographer looking for beauty for simplicity. And it’s not cheap. Because beauty should be aesthetic and not always glowing.
Photographer Alvydas Šalkauskas is a fanatic for his profession, not counting the hours spent losing awaiting a suitable shot. I would call his pictures melancholic and poetic, which, as already mentioned, seems to be the most important of the old manor houses surrounding the park’s trees. And yet this exhibition is a meeting with the past, the present, and most importantly the call to care for our cultural heritage. I think visiting the exhibition of Alvydas Šalkauskas will have good impressions and the author of the book will immerse himself in the world of estates. 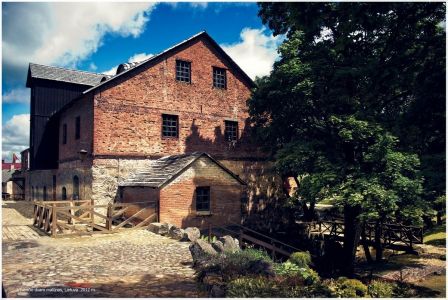 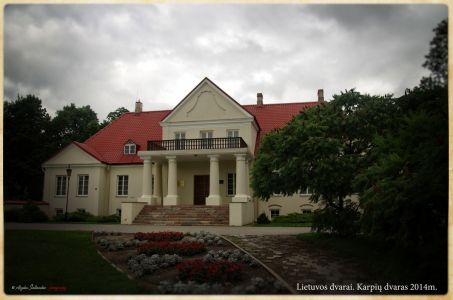 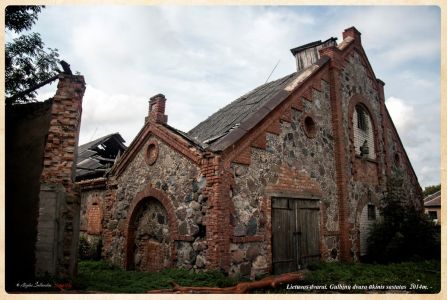 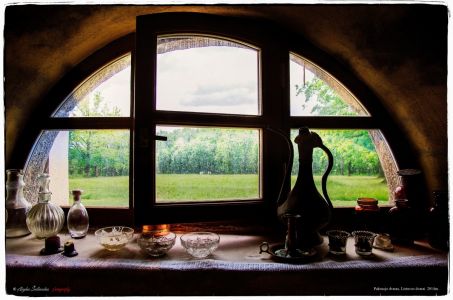 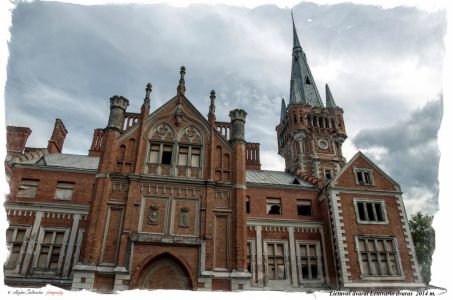 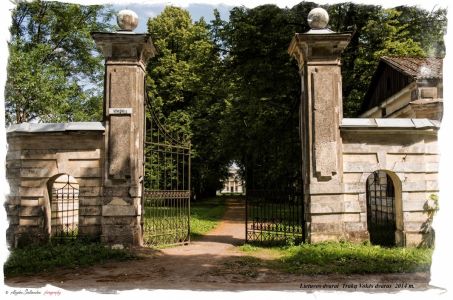 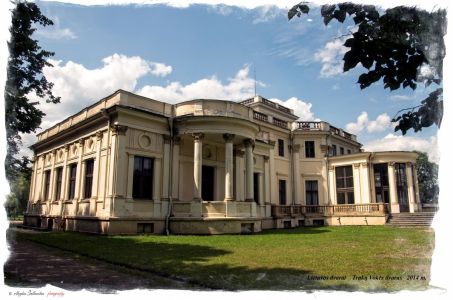 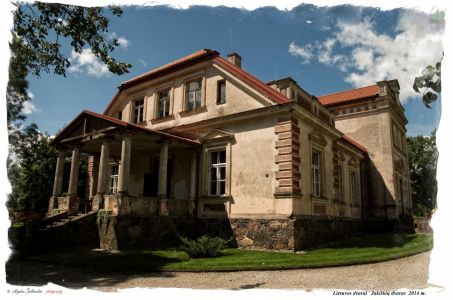 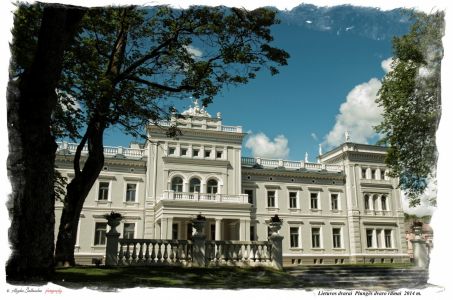 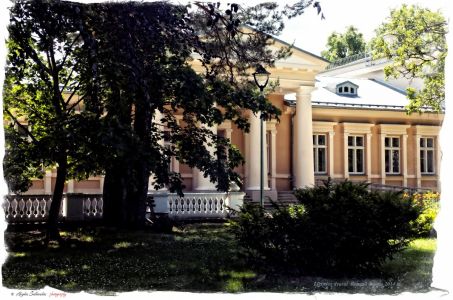 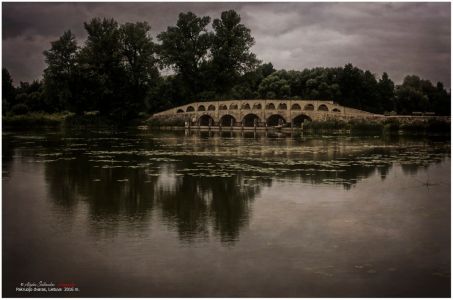 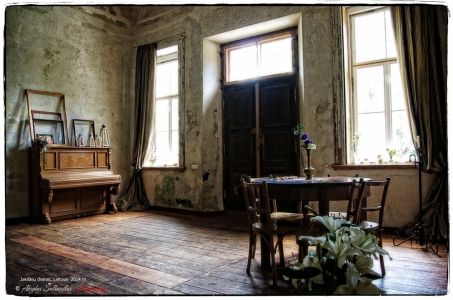 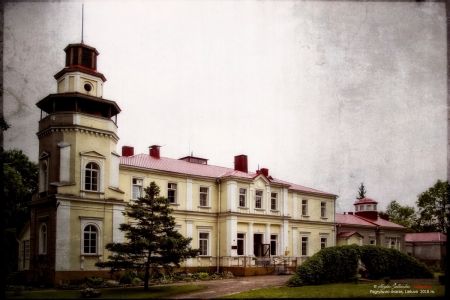 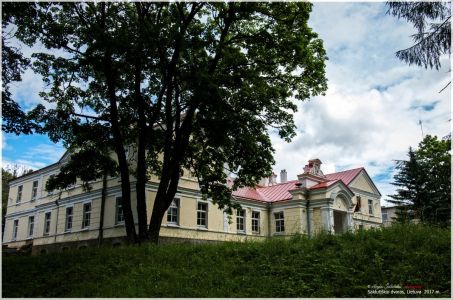 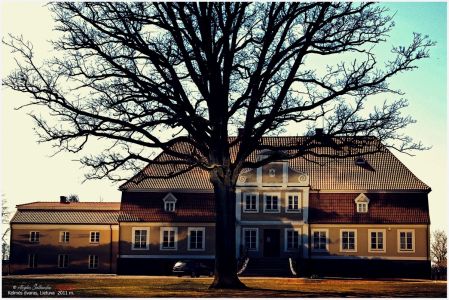 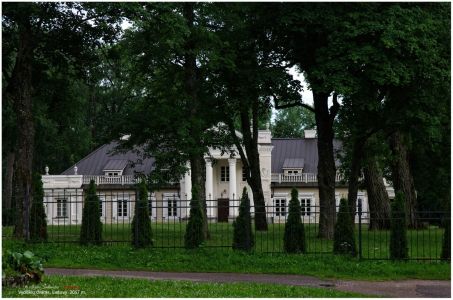 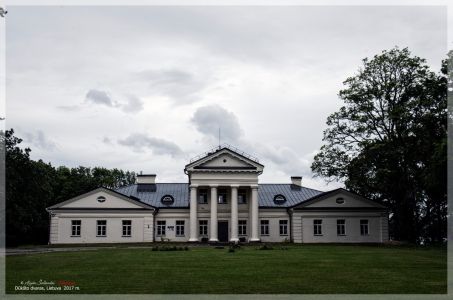 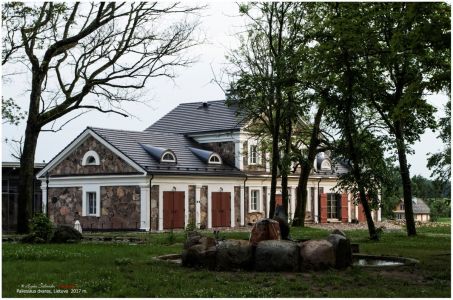