Art photographer Alis Balbierius was born in 1954, in Šlepščiai, Biržai district. For some time he lived and worked in Vilnius, but now he lives and creates in Biržai. The photography of photo-artist is colorful. He is both – photographer and poet. He studied biology in Vilnius Pedagogical Institute. He is the member of Lithuanian Union of Art Photographers and the Lithuanian Writers’ Association. From 1990, during Revival period, the artist had been actively participating at the Green movement. In 1992-1993 he had been an editor of weekly “Literature and art”, also he had similar duties in other cultural and natural publications. In 1993-1996 Alis Balbierius had been a correspondent and an editor of these newspapers: “Rustic newspaper’’, “Vilnius tribune’’, “Homeland’’, “Green Lithuania’’. He has published a number of articles in environmental, cultural and artistic themes. A. Balbierius won a literary and environmental award, also the prize of “Literature and art” for the articles about photography (1995). He organized more than 30 personal exhibitions in Lithuania and abroad – in Germany. He participated in international symposiums and group exhibitions.
Alis Balbierius has got an artist statement since 2005. He has published many articles in ecology and culture topics in the periodicals. As a photographer, Alis Balbierius is collaborating with literature press and publishing house. In his free time the artist is interested in East countries culture and he often travels around India.

The representation of seasons topic by leading conceptual insights is quite rare phenomenon in Lithuanian photography context. Photo artist Alis Balbierius is trying to create artistic narrative in winter and mirrors topics through different expression measures and symbols. The photographer presents artistic photography series “Snow and mirrors’’ (2009). During the creation of photography series in different seasons topics, Alis Balbierius often enlists the help of collage technique. Not only philosophical attitude of the author is expressed in the various seasons narrative story, but also a poetical look to chosen topic, which is expressed through concrete detail or symbol: a shape of the ice, the background of snowing, a stop in the time flowing. The photo artist dedicates his attention to analysis of the meaning of sign and symbol, aesthetics. 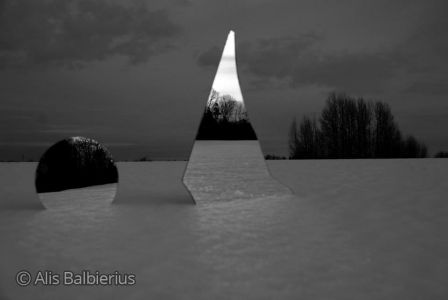 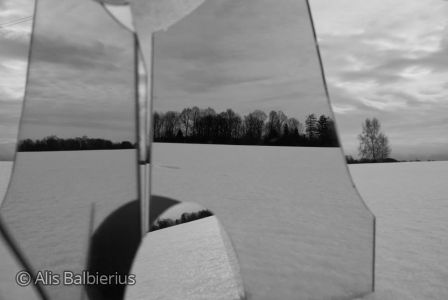 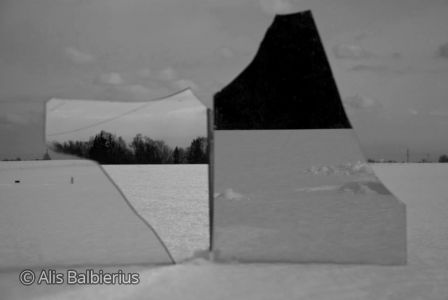 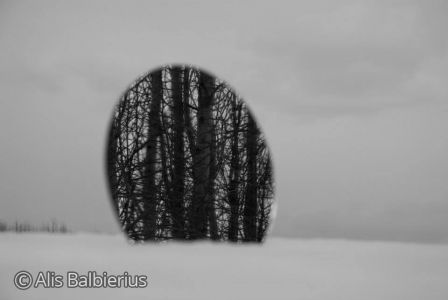 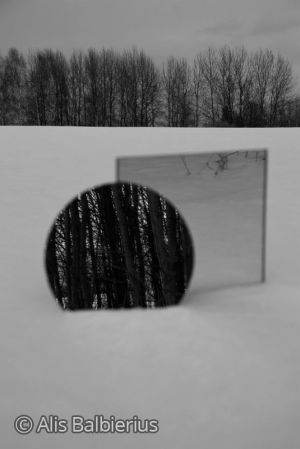