Rimantas Plungė is a modern artist who works with various medias.

Since 2000 R. Plungė has taught as a visiting professor at universities and higher schools of Portugal, Spain, Austria, Latvia, Great Britain, Estonia, Denmark, The USA.

Since 1998 he has interned in Denmark, The USA, Estonia, France, Great Britain and Poland.

Associate Ph. R. Plungė is the author of scientific articles which analyze Media Ecology, Media Culture and Personal Identity Transformation and discourse about Socializing Effect of the Environment.

In the artistic creation asociate ph. R. Plungė is the most interested in the signs of personal identity, space (place) and time, also, transformations. In his creation work the author uses techniques and technologies of collage, photo, video, painting.

’’The new series of photographs ’’Reverse’’ of R. Plungė confirms once again, that photography, being one of the glamour measures of media art creation work, outstrips many strategies of literal replication of reality. I dare to state, that the artist has never tried to repeat what is obviously visible and readable without any big efforts. R. Plungė invites to keep a distance by specially limiting any linear and clearly realizing narrative. This is not hermetically limiting wall between piece and viewer. This is a distance, that is dedicated to develop a regular and intellectual discussion, in which equally active positions take up addressee, message and distinctive technology of R. Plungė. The creation work is opened for discussion and interpretation – this is a result of patient and consistent researches of the photographic media. However, the photographs of R. Plungė are not so peaceful, as R. Barthes sees in the creation work of other authors. It is worth to be pretty thoughtful to answer the question, if you really want to live there. The images of R. Plungė delay a life, like squeezing in it in death, and speak unusual, for Lithuanian person, but quite organically articulate language. It affects me, like a stormy undulating element, and leaves aching, traumatic footprint. In the centered, smaller shot I see the image of the author‘s face himself, his son‘s portraits and bodie‘s fragments. Some faces are masked by scratches, and some bodie‘s fragments do not look like a human but a thing. In the same lighting forms the author denies that what we name by the words ‘‘I am‘‘ and ‘‘I will be‘‘. He numbs the body and shows it like it has never ever been at all by rough lines. The fragments of his son‘s body look like lifeless formica, that has come out from tonal similair background. In the photograph the body is demonstrated like a property of the other. It is more anonymous than that we pass in the street, even it is stranger.

Looking to the photographs of R. Plungė is uncomfortable. The top shot not only specially discords with the lower but opposes to patchy forcing bottom frame‘s story, which appears as a narrative‘s background or the atmosphere that makes the mood unusual. This atmosphere is pressingly stating something and trying to dominate. However, it experiences a confrontation with a strong negative formed from the upper frame. This composite decision reminds me of dialectical montage‘s scheme of Sergei Eisenstein. In his theory and practice the film artist based it on dialectics of George W. F. Hegel, where, before constructing antithesis, is forming synthesis to each thesis, and this becomes a new thesis again before constructing a new antithesis. Actually, the scheme of S. Eisenstein may continue quite long – in the film, in the video art – because it perfectly based in the ‘‘temporal media‘‘. 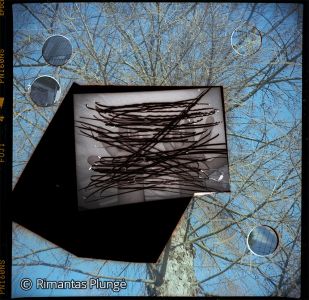 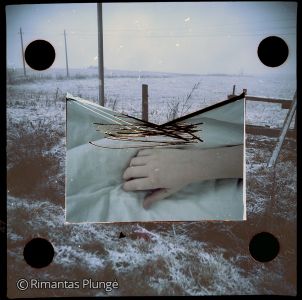 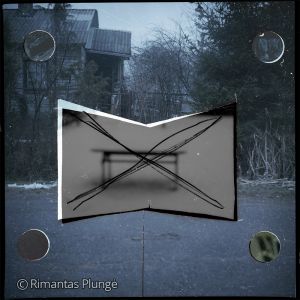 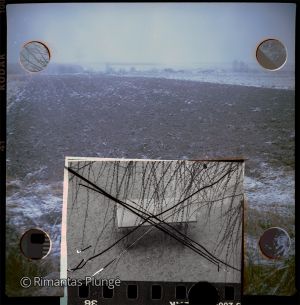 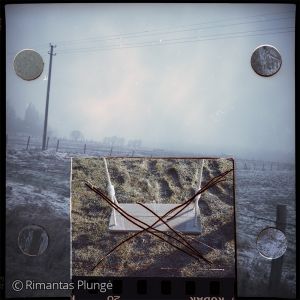 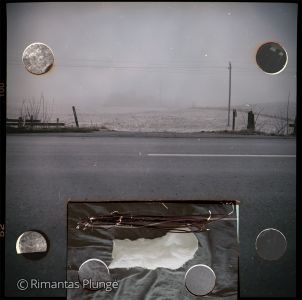 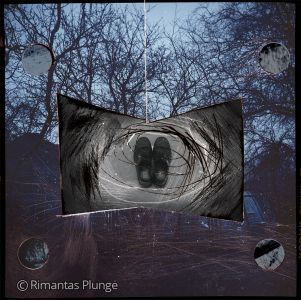 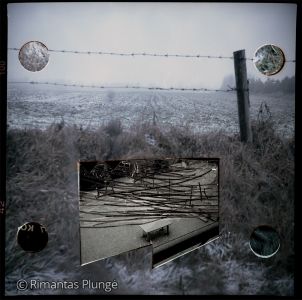 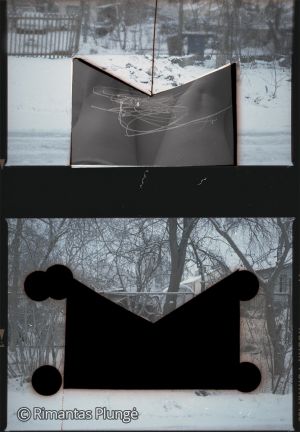 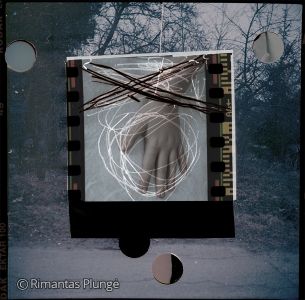 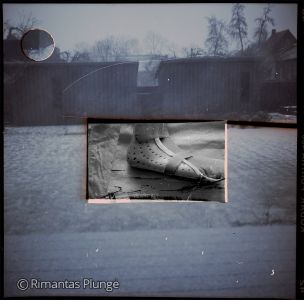 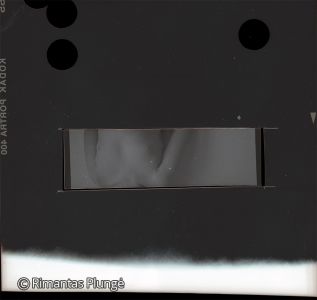